Gravity Ghost might appear to be a very simple and straightforward game at first, but the more you play it the deeper it draws you in. Soaring around the levels using the gravitational pull of the planets to your advantage is a great feeling and I often found myself lingering longer on levels than necessary just to soak in the atmosphere. It is a very tranquil and relaxing game, but with a great story tucked away beneath the surface. If you want to experience a unique title that is not about killing enemies or dying and failing until you succeed check out Gravity Ghost.

Gameplay: Relaxing and entertaining without ever becoming frustrating.

Sound: The soundtrack and voice acting is a perfect match for the tranquil atmosphere of the game

It is not often that I can describe a game as peaceful, but Gravity Ghost certainly fits the bill. This moving tale of a ghostly girl on a search for her fox companion amongst the stars features no dying, killing or failing. The result is far from boring though as soaring through the cosmos is equal parts relaxing and delightful. Even the story, which started off feeling very whimsical and abstract, slowly became clearer the more I played, until eventually I was left with a lump in my throat by the time the credits rolled.

The game, which is set entirely in a hand painted galaxy, simply tasks you with soaring amongst the planets while collecting stars. There is one star and one exit door per level and grabbing the former opens the latter. Levels are short enough to be completed in seconds, but there are an absolute ton of them and your character, Iona the ghost, unlocks new powers as well to keep things interesting. The action is viewed from a 2D side-on perspective, like a traditional platform game, but instead of simply running around small planetoids, Iona can also jump and soar into space. Each level features different planetoids which impact how Iona can interact with them. Ice planets are slippery, while water planets have no surface causing Iona to fall right through them. On the other hand, fiery planets will repel Iona while gas giants act like the bumpers on a pinball table and super dense planets pull Iona towards them as she floats around.

As Iona flits around the levels she also sometimes encounter animal spirits. These critters can be caught in her long, flowing hair and then transported to a different level where their bones are found. Reuniting an animal spirit with its bones triggers a beautiful hand-drawn cut-scene which fleshes out the story a bit more. There are more than 30 minutes of animated story to discover and it is well worth the effort. I’m not going to spoil anything as I really enjoyed the story and puzzling it all together is half the fun, but suffice to say that all is not as it seems initially.

Some levels feature a maze in the center of the screen, with a small sphere inside that is attracted to Iona. By moving around the outside of the circular maze you can guide the sphere towards the exit, where collecting it grants Iona a new power. These range from a double-jump and speed boost to the ability to increase her mass or become immaterial. Each of the star clusters also has an animal guardian waiting at the end, with a puzzle to solve.

In addition, Iona can unlock terraforming powers, which enables her to change planets by running around their surface in a full circle. For example, a star to complete the level might be inside a forest planet, but running around it with the water terraforming power selected will allow Iona to pass through its surface and collect the star. The terraforming power is based on Iona’s hair, the color indicates what power is selected and the length indicates how much she can use it. Replenishing her powers is as easy as collecting the flowers dotted around each level though and I never ran out.

The special powers that Iona unlocks does make some of the terraforming abilities redundant though. Iona can simply make herself immaterial to pass through any planet and collect a star or use her dash power up to escape the gravitational pull of a dense star instead of transforming it. For the most part I found myself speeding through the levels without really encountering any difficulty, but there was enough variation to keep things from becoming boring.

The visual style used by Gravity Ghost is very unique and perfectly captures the dreamlike atmosphere of the game. Sometimes I found myself simply swirling around a level making patterns with Iona’s long trailing hair because of how beautiful it looked. I’m not the only one that was captivated by the visuals either as my two year old daughter would frequently watch me play in rapt fascination. About the best way to describe the visuals would be that it strongly reminded me of the drawings you would find in a children’s bedtime storybook.

Gravity Ghost features some great audio as well and the dynamic soundtrack is a perfect match for the visuals. The ambient tunes, along with the serene gameplay, means Gravity Ghost is a great game with which to simply sit back and unwind. The game features full voice acting as well and the cast, which includes Ashly Burch as Iona, does a good job with their characters. Initially Iona comes across as a stubborn and petulant child, but she definitely grew on me as the story progressed and I learned more about her character. The game is perfectly playable using a keyboard and mouse, but using an analog controller just felt more natural to me.

In total it took me about three hours to complete every level in Gravity Ghost, but none of it was time wasted on dying or retrying levels. The relaxed atmosphere of the game along with the striking visuals and great soundtrack make for a unique and thoroughly entertaining experience. Unless you absolutely must have killing or dying in your games to be entertained Gravity Ghost comes highly recommended. Best of all, each copy of the game comes with an extra one which you are free to share with someone else. 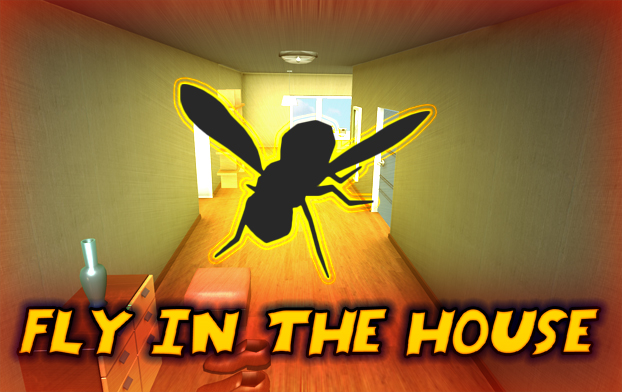