The interesting visuals and surreal atmosphere of Back to Bed are definitely highlights, but the gameplay is also quite addictive. It is not as challenging as some other titles in the genre, but there is some added longevity in the form of a “Nightmare” mode. The puzzle solving is rather straightforward despite the odd landscapes, but overall the game is very enjoyable and well worth the very low asking price.

Graphics: Surrealistic to say the least.

Sound: Fits the dreamlike atmosphere of the game perfectly

Meet Bob, the hapless star of Back to Bed by Bedtime Digital Games. Unlike most video game characters, Bob is no hero. In fact, Bob is a narcoleptic who tends to drift off to dreamland at work quite often. Unfortunately for Bob this not only places him at risk of being fired, but he also has a habit of sleepwalking out into the dangerous city. It’s not all doom and gloom though as Bob has a subconscious guardian, Subob, who springs into action and guides him safely back to bed when this happens.

Back to Bed gives you control of Subob and challenges you to get Bob in bed without waking him. This means that you cannot directly influence Bob and instead must use the environment to manipulate his path. Bob is blissfully unaware of his surroundings and will continue walking in a straight line until he encounters an obstacle upon which he will turn clockwise. As Subob, you can only pick up and place elongated fish to use as platforms or Rene Magritte style green apples to alter Bob’s path. It sounds deceptively simple, but the levels are Escheresque dreamworlds filled with surreal Salvador Dali style imagery which make things a bit trickier.

To add to the surreal and dreamlike nature of the game, Subob is actually a four-legged dog-like creature with the same face as Bob. There are only two level themes, rooftops and harbor, but each of the thirty levels look like a painting. Levels are filled with flying chess pieces, melting clocks and eyeballs that stare down from the sky or from behind shutters. While most of these are just eye candy, there are things that can wake Bob up as well if encountered. These include clocks, dogs, mouths in the floor and whales travelling on “whale-road” tracks which must be avoided at all costs. Bob can also fall off the level and into the void, but this will only cause him to respawn and doesn’t require a level restart as with enemy encounters.

Guiding Bob to safety requires equal parts lateral thinking and quick reflexes as you often have to place apples and fish in just the right spots at the right time. Footsteps appear a short distance in front of Bob to give you an indication of where he is heading, but even this only gives you a short window of opportunity to make alterations if your plan goes awry. You’ll have to take into account mirrors that teleport Bob to a different location when entered as well as pipes with lips that can blow Bob off course. You’ll also have to wrap your head around the distorted perspective as walking up stairs can turn a wall into a floor for Subob. To give you a bit of a break, the game includes a fast-forward button that can be used to speed up time instead of having to wait for Bob to shamble towards where you need him when he respawns.

The interesting visual style is complemented perfectly by an equally eerie soundtrack. While playing you’ll hear all kinds of strange ambient noises and when Bob manages to make his way to his bed the welcoming strains of “Rock-a-Bye-Baby” is played. The sound of Bob snoring is also always present. The highlight of the audio is the rather disturbing narrator who blurts out all kinds of weird phrases in his distorted voice. Sometimes he offers useful advice and other times you will be informed that “the apple is a hat” or “the hand that points is a hand indeed.” Some people might find the narrator annoying, but he is quiet for the most part and adds an extra layer of peculiarity to the game in my opinion.

The store page warns that the game is best played with a controller and this is definitely the truth. You can use a mouse to control Subob, but it just feels more natural with a controller. You can only move in four different directions and pick up or drop objects, so there isn’t much of a learning curve when it comes to the controls. Subob has a reach that far exceeds its stubby little limbs though, so remember that you can pick up items from far further back then what you might think.

With only 30 levels back to Bed is a little on the short side, but upon completion you do unlock “Nightmare” mode which make things a bit more challenging. Instead of leading Bob to bed you must first guide him towards a key that unlocks the door to his bedroom. While you will be playing the same levels, the added key element requires new strategies and is quite fun. Considering the more than reasonable price tag I can hardly fault the game for being over too soon, but given the interesting and unique premise I hope the developers expand on the game in the future. Whether as a sequel or with DLC I would definitely want to revisit the surreal world of Bob.

Back to Bed is polished enough to make it hard to believe that it had its origins as a student production and was successfully funded by a very modest Kickstarter project. I would have liked to see some additional levels and more themes, but even as it is Back to Bed is a very addictive and engrossing title. It’s not the hardest puzzle game that I have ever played, but this ensures that even newcomers can have fun while the veterans sharpen their teeth in Nightmare mode. 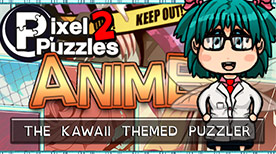 With a game such as The Old City: Leviathan where the story is such an important focus it can be hard to explain why it is worth experiencing without spoiling any surprises. The visuals are certainly very pretty and the audio very good, but by the developers own admission, everything is secondary to the story. The lack of interaction with the gameworld means that some players will dismiss this title as a “walking simulator”, but anyone that can appreciate the immersive experience instead of trying to compare it to something else will find a lot to love about it. Gameplay: Plenty of exploring to do, but the focus is squarely on the intriguing story. Graphics: The Unreal engine is put to good use to display some detailed environments. Sound: Quality voice acting and a haunting soundtrack that matches the melancholic atmosphere of the game.