I have to confess that I am a huge fan of the Metal Slug series and number three is one of my all time favorites. It has been fourteen years since the game was originally released in arcades, but it has lost none of its charm or playability. It once again hooked me right from the start and prompted quite a few playthroughs even though I am very familiar with the levels. Veteran players are in for a nostalgic blast from the past while newcomers have a chance to see why this game is so highly regarded by fans of the genre.

Graphics: The 2D visuals looked excellent way back in 2000 and still hold up great to this day.

Sound: As chaotic as you would expect from an arcade title

There have been a slew of Metal Slug titles over the years, but the third game was definitely one of the craziest. Released in 2000 for the Neo-Geo it had the heroes facing off against enemy soldiers, giant crabs, mummies, zombies and even aliens. The sequels toned down some of the crazier elements making part three a firm fan favorite.

Metal Slug 3 is an action packed 2D run and gun title that features five levels of shooting, stabbing and awesome vehicles. The game has been available on a few platforms already so if you have played any of the previous versions you will know what to expect. This Steam release is a faithful recreation of the original arcade release, which is awesome enough as it is, but there are also some extras.

Although the game can be played at HD resolutions it only upscales the original dot pixel graphics, but the result doesn’t look bad at all. You can toggle scanlines and video filtering as well as adjust the aspect ratio which is nice. The Metal Slug series is known for the excellent art direction and even all these years later the graphics haven’t lost any of their charm.

Five levels might not sound like much, but each level has branching paths so it is impossible to see everything in one playthrough. The game also crams so much detail into each level that you’ll be noticing new stuff each time you play. Levels take place on land, underwater and even in space with the iconic “Metal Slug” vehicles making regular appearances. Apart from the usual submarine, jet, helicopter, tank and drill you’ll also get to ride animals such as camels and elephants armed with guns. Your characters can also transform into mummies or zombies when hit with certain attacks or even become fat from collecting too many food items! At the end of each level is a giant boss waiting for you to take it down and these guys not only look impressive but pack quite a punch as well.

If you have never played a Metal Slug title before you had better be prepared for a challenge. While contact with enemies won’t kill you it only takes one bullet or melee attack for your character to bite the dust. There are three difficulty settings to choose from but the game only provides you with 20 credits. You continue right where you died, which makes things a bit easier and your stock of bombs is also replenished with each life. The game also has a “Mission Mode” where you can play stages that you have unlocked during the normal arcade mode so anyone should be able to complete the game without too much trouble. Apart from the local co-op there is also an online multiplayer component which allows you to play with other people on your Steam friends list.

Although you start the game with a basic gun that can only shoot in four directions you gain access to special weapons when you free the prisoners of war found on each level. These range from rocket launchers to heavy machine guns, lasers and flame shots, but each only has a limited amount of shots. The pace of the game is very fast with enemies coming at you from all directions, but the more you play the better you will get. The game can be played using a keyboard or controller, but for the ultimate authentic experience I recommend an arcade joystick. The background music is quite nice and there are plenty of crisp sound effects. The name of each weapon power-up you collect is shouted by the announcer so by the time you complete the game they will be etched in your memories.

Apart from the display, control and language settings the Steam release also has a new gallery mode where you can view illustrations that you unlock while playing the game. Replay value is also bolstered by the new leaderboards and there are 30 achievements to aim for. I spent a lot of time playing this game in the arcades and even own it in a few compilations for other systems already but this Steam release still had me hooked. Metal Slug 3 is one of those timeless classics that just have to be experienced if you are a fan of the genre. The game is available for less than ten dollars on Steam and hopefully it will be the first of many classic SNK titles to be released for the service. 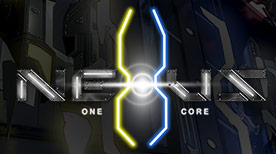