It might have taken a while to reach PC, but this table is still every bit as good as it was upon first release. Zen Studios did a great job with the license and created a table that fans of the Plans vs Zombies franchise will love to play. It is simple to understand the goals, but feels a bit more challenging than the original console release.

Gameplay: A nice table that cleverly incorporates elements of the original license into the gameplay.

Graphics: Excellent use of the Plants vs Zombies license.

The Plants vs. Zombies™ table for Pinball FX2 was released back in 2012 for Xbox 360 so it is about time that PC owners get to experience its thrills. Based around the popular PopCap tower defense title, the PvZ table is a vibrant and entertaining addition to the Pinball FX2 lineup.

Zen Studios have proven time and again how good they are at combining popular licenses and pinball tables in a meaningful way, and this table is no exception. One look at this table and you will instantly recognize the license. Just like the original PopCap title, the playing field is represented by a garden that is under siege by zombies. Dr. Zomboss, the final boss of the original game, watches from the back of the table while the area below the flippers is your house. The use of greens and blues really make this table pop and everything looks especially nice in the higher resolution that is possible on PC. Even the “area” in which the table is standing looks nice with a lawnmower, pink tricycle, and barbecue that makes it look like you are playing pinball on someone’s front lawn.

The table features some very easy to understand goals, making it friendly to newcomers. The playing field is relatively open and you have four flippers in total with which to keep the ball in play. The ramps are all very easy to hit and all missions are activated by spelling “B-R-A-I-N-S.” Missions consist of knocking over zombies that come shambling towards your house, surviving a wave of zombies, stopping digging zombies by shooting the right lanes and outwitting a zombie at football. After completing all the missions you get a shot at the big, bad boss himself, Dr. Zomboss.

The zombies that appear on the table are actually 3D models, which not only look great, but would have been impossible with a real pinball table. Knocking over zombies earns you cash, which can be spent on buying stuff from your neighbor, Crazy Dave. You also have to wake up a sunflower and collect the sun rays it drops to buy different types of plants. Fans of the original game will love all the clever ways that Zen Studios have found to incorporate the license with the table mechanics. From the chompers that act as kickbacks to the corncob cannon that launch the ball into play, the attention to detail is really great. Even the actual ball starts out as a pea and can be frozen or set on fire with the right power-ups.

The original Plants vs Zombies soundtrack featured some nice tunes from Laura Shigihara, and you’ll be hearing them again on this table. The sound effects and speech snippets, such as the “Braaaains” phrase uttered by zombies, are also present. Even that familiar jack-in-the-box tune from the original game crops up.

One thing that I noticed about the table is that it feels a lot harder than it did on Xbox 360. It has been a while since I played the console version, but I recall an abundance of extra balls and constantly activating multi-ball. These appear to have been toned down for the PC release to make things a bit more challenging or my skills have deteriorated.

This table is available for only $2.99 from Steam which is a bargain considering how much fun it is. Being a fan of the license is obviously a plus but even if you never played the original game the pinball table remains entertaining. It only has two achievements, one for activating multi-ball and one for purchasing everything from Crazy Dave, but chasing high scores will keep you playing for ages. If you don’t own this table on console don’t miss out on the PC version. 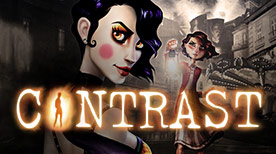