It would be easy to dismiss Toast Time based purely on the simple visuals, but doing so would rob you of quite an addictive and challenging experience. Using a toaster to battle interdimensional enemies that are intent on destroying your alarm clock is just as goofy as it sounds, but this doesn’t stop the game from being a lot of fun.

Gameplay: Definitely captures the “just one more go” spirit of the simple arcade games from yesteryear.

Graphics: Very simple, but quite charming, especially with all the ways to customize TERRY.

Sound: Each level has its own catchy tune

The last time I saw flying toasters was in the After Dark screensaver software many years ago, but Toaster Time from Force of Habit changed this. Playing as a toast-ejecting recoil & reload system, or TERRY for short, it is your mission to protect an alarm clock from evil interdimensional blobs that are hell bent on destroying it.

TERRY, the toaster with a love for English breakfast, hats and scheduling is immune against the baddies, but if any of them so much as touch the alarm clock it is game over. Being a shiny, metal toaster does limit your mobility somewhat, but the recoil from launching toast causes TERRY to bounce off in the opposite direction. This means that you have to be accurate, as launching toast everywhere will cause TERRY to bounce all over the place.

Each of the 54 missions on offer only requires you to protect the alarm clock for a matter of seconds. This is initially  quite simple, but this becomes steadily more tricky thanks the level layouts. The first few levels are wide open, giving you a clear shot at the baddies, but this doesn’t last for long. The enemies keep coming until the time runs out, so if you manage to wedge TERRY behind an obstacle or land in a spot where you don’t have a clear shot at enemies you are in trouble. Some levels give you limited ammo or feature fans, trampolines or teleporters to complicate matters even further. Even at its hardest the game remains incredibly addictive though and the fact that each level lasts only a few seconds means you always feel like victory is just within your reach.

Your default weapon is plain white slices, but TERRY is no one trick toaster. Supply crates that drop down from the top of the screen provide access to 16 bread based weapons that can turn the tide in your favor. They might be called baguettes, bread pudding, croutons, crumpets, toasties, farmhouse slices, breadcrumbs and more, but for all intents and purposes, they function like rapid fire, shotguns, bombs, scattershots and other ammunition. Your shots with these special weapons are limited though, so you have to make each one count. Apart from directly attacking enemies with toast, TERRY can also body slam the baddies into submission. Frantically clicking all over the place won’t get you far though, as accuracy is rewarded and racking up combos access “coffee time” which is the Toast Time equivalent of bullet time.

Toast Time was originally released for Android more than a year ago, but the retro visual style works just as well on a big screen as it did on mobile devices. Because the game is played in portrait and not landscape mode the action is confined to a small area in the center of the screen to preserve the aspect ratio of the mobile versions. In all honestly, this didn’t impact my enjoyment of the game in the least, but I did grow up playing single screen arcade games such as this. If you started gaming when visuals counted for more than gameplay, the two tone colors and all white sprites might be a bit jarring. Each of the five worlds does have their own themes and colors, but things have been purposefully kept very minimal, so the focus is on the action and the addictive gameplay.

The audio is pretty great though, and each of the levels has its own song which keeps things interesting. Once again, it could just be because I grew up with these types of games that I enjoyed the soundtrack so much, but I recommend everyone check out the Bandcamp page for the OST. The sound effects are also very appropriate for the game and overall the audio definitely adds to the experience. The controls couldn’t be any simpler and you just have to click to launch a slice of toast in the direction of the cursor. Of course, TERRY goes flying off in the opposite direction which means your next shot requires you to track your own position as well as that of your target, which might be bouncing, flying or teleporting. Because all the sprites in the game are white it is possible to lose track of your white cursor in all the carnage, but overall the controls rarely gave me any hassles.

The sheer amount of levels for the low asking price already guarantees value for money, but Toast Time has plenty to keep you coming back for more. Hats, customizations and new weapons are unlocked based on the amount of supply crates that you collect during both the campaign and survival mode levels. These allow you to turn TERRY into everything from a monocle wearing, top hat sporting, cane wielding aristocrat to a pirate, Santa Clause and many more. You can also aim for a three star rating on each of the levels or take a crack at the online Leaderboards to see how you stack up against the rest of the world. The Ironman Survival Mode in particular, where you have one shot at completing all the levels in sequence, had me hooked until I made it to the top of the Leaderboards, Unfortunately, this was a feat that was soon trumped by someone else!

Toast Time is a game that really embraces its own theme and offers an addictive experience, especially when played in short bursts. The retro themed visuals might not appeal to everyone, but if you can overlook that you will find a game that is bursting with fun and ultimately that is what matters. 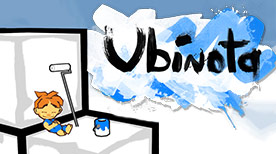 Nostalgia obviously plays a huge role when it comes to such a classic license, but this game is good enough to stand out on its own. The basic gameplay is engaging, but with a gentle difficulty curve that makes it suitable for younger players. Experienced players can aim for all the optional goals to up the challenge. Gameplay: The puzzle solving provides a challenge for players of all ages. Graphics: The visuals stay true to the animated series. Sound: Authentic voice acting and catchy tunes.