Armored Core is set in a bleak future where humanity has been driven underground following a war called “The Great Destruction.” You play as a mercenary pilot (in control of one of the titular armored cores) that follows the large corporations to Mars which is a brand new frontier ripe with opportunities. With allegiances to nobody except the highest bidder, your quest for cash and fame will take you through the ranks of the “Ravens.”

The Armored Core series were pretty big deals back in the PSone era, but unfortunately I haven’t played any of the previous titles so I can’t really comment on improvements. However, I have played a few Mechwarrior titles on PC, but even so starting up Armored Core 2 for the first time was a daunting experience. After an obligatory training mission you become one of the “Ravens,” mercenaries that receive their assignments through “Nerves Concord.” These assignments are e-mailed to you by the various factions that are vying for control over the red planet and you usually have a few to choose from at any given time. Completing missions reward you with cash, but repairs and ammo refills are deducted from the total, often leaving you with very little with which to buy new parts and upgrades. Failing a mission, which happens a lot is even worse as you  lose mountains of cash and earn no reward. Since there’s no “retry” button your only option is to reload a previous save and try a different mission or tactic. There’s only about 30 or so missions, but progressing through them is a slow and frustrating process. Most missions are very short but make up for it by how hard they are.

If the missions are proving to be too frustrating you can try your hand at the optional “Arena” mode. Here you engage in one-on-one battles against other mercenaries. The prize money is good and you don’t’ have to pay for repairs which makes it a good way to farm for cash. You’ll definitely want a lot of cash as with it you are able to customize your robot to the extreme. I’m no stranger to customizing giant robots after all the hours spent on Front Mission 3 for PSone but Armored Core 2 has so many options it will make your head spin. Prepare to invest a lot of time creating the perfect war machine. If you are new to the series it takes a while before you’ll be up to speed on what is good and what is bad but you will learn from your (costly) mistakes.

There is no doubt that Armored Core 2 is one of those love it or hate it kind of games. Even after all the hours I spent with it, I’m not entirely sure into which camp I fall myself. My first hour or two with the game was horrible as I really had to force myself to persist with it. This was due mostly to the controls. When the first Armored Core games were released on PSone the Dual Shock wasn’t standard yet so movement was handled via the d-pad and aiming relegated to the shoulder buttons. This shouldn’t be a problem with the PS2 that ships with Dual Shock gamepads as standard and yet unbelievable enough the game persists with the horrible slow and clunky control scheme of its predecessors. Now I know this is a giant robot simulator and not a fast paced third person shooter, but even so the controls make it a chore to play. It takes forever to turn your robot around and shooting down airborne foes is an exercise in futility. Why it is not possible to move and aim with the analog sticks is beyond me but it definitely hurts the gameplay.

The missions themselves are often a source of frustration too. Your robot comes to a standstill when hit so when you are attacked from all angles there’s often little you can do beyond soaking up the damage. This can make combat a stop, start affair which is not helped by missions with time limits or instant death scenarios. I’ve lost count of the amount of times I ran out of ammo just before finishing a mission either, leaving me a sitting duck. Suffice to say this is not a game for casual players.

The visuals look good which will please fans of the older titles, although there are some jagged edges just like most of the other launch titles. The levels didn’t give me a real sense of scale either and mostly felt like small, enclosed arenas. Fights usually consist of boosting around and circle strafing enemies while raining down death on them with your arsenal of weapons. The audio is ok, but the music is largely forgettable. There is voice acting for the mission briefings and these contain some very bizarre accents which I can only presume is to give the game a “futuristic” feel.

As far as launch titles go Armored Core 2 isn’t bad, but it’s not going to be everyone’s cup of tea. It takes a while to grow on you and I fear a lot of players will have given up on the game before then. Long time fans will enjoy the updated visuals, but apart from the “overboost” the gameplay seems to be very similar to past titles. If you have a love for giant robots and lots of patience then Armored Core 2 might be just what you were looking for. If you are not willing to spend hours tweaking your robot only to watch it get blown to bits in a few minutes you might want to stick to something that is a little less frustrating. 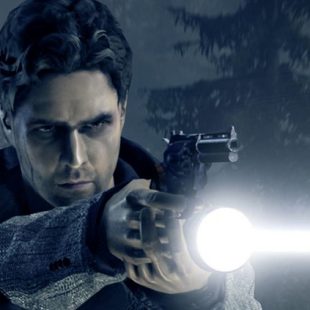 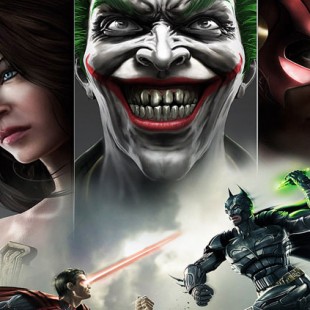 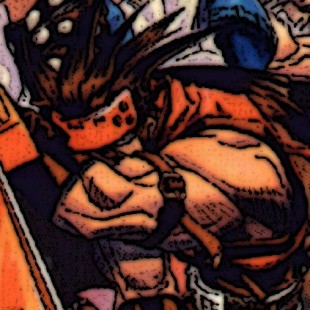