Navigating tricky obstacle courses with a motorbike is one thing, but can you do it with an overweight action-hero toy? That is the question posed by Action Henk (and yes it is Henk and not “Hank”) a new game from the brilliantly named Indie developer, RageSquid. At first glance the game bears a passing resemblance to the Trials series from RedLynx, but surprisingly enough Henk is not only faster, but more maneuverable than a motorcycle.

Each level in the game is set up like an obstacle filled track and your job is to get Henk to the end as quickly as possible. You can choose to race for a Gold, Silver or Bronze medal or race the ghost of one of your friends. Winning medals unlocks more characters and skins, although this Early Access version only features Henk and his personal trainer along with a couple of outfits. According RageSquid they plan to feature six different characters for the final game along with their respective outfits.

Action Henk might be an Early Access title, but there is already enough content to not only see that this is going to be a brilliant game, but to become quite addicted as well. Running, jumping and sliding along the imaginative tracks is a lot of fun and once I discovered the grappling hook there was no turning back. The game is a speedrunner, so don’t expect to be spending much time standing idle. Each track is designed in such a way that you can shave valuable seconds off your time by jumping and sliding at just the right spots. Initially the ghosts ran circles around me, but after studying their moves and tricks I soon started raking in the gold. There are already some frightfully good people playing the game though, so if you want a crack at the top spots on the leaderboard it is going to take a lot of practice.

Visually the game is a treat with colorful and imaginative levels packed with little details. The current crop of levels takes place in the bedroom of a young child, although RageSquid is planning on taking the action outside with some beach scenery in future updates. You will barely notice all the cool things happening in the background while playing, but watch a friend in action or your own replay and you will see just how much detail has been packed into the visuals. The audio is equally good and features tunes from Wiklund, a name that should be familiar to anyone that follows the demoscene.

The Early Access version of Action Hank that I played featured a dozen “normal” levels, one challenge level where I had to beat a rival to unlock her character, one insanely difficult “ultimate test” level as well as four levels that were still works in progress. RageSquid aims to have new builds up twice a month, so if you are concerned about Early Access titles that progress very slowly it shouldn’t be a problem with this game. Future update possibilities include some new gadgets and if things go well perhaps a level editor. The latter will really push the replay value of this game through the roof so hopefully they can make it happen.

My time with the Early Access version of the game was very enjoyable and I am definitely looking forward to future updates. The game packs a lot of charm and the developers appear to be more than capable of delivering on their promises based on what I have seen.

This preview is based on the Early Access: V1 version of the game. 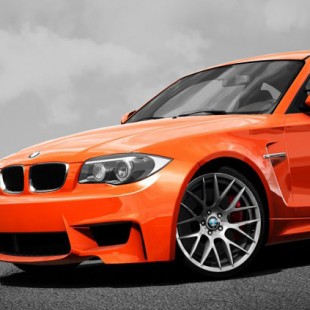