Since his debut in 1987, Solid Snake has had to endure more hardship and harrowing experiences than most video game or even movie characters ever dream of. When we meet up with him again in Metal Gear Solid 4, actually the seventh title in the series, it is clear to see that all of this has really taken a toll on him. While the game is a direct sequel to Metal Gear Solid 2 and set five years after Snake encountered the “Sons of Liberty” the years have not been kind to our hero. Accelerated aging has left Snake with the body of an old man, but even this is not enough to stop him from taking on one last mission.

After the Cold War-era action of Metal Gear Solid 3 it feels strange to step into the futuristic world of Metal Gear Solid 4. War fuels the economy with private military companies engages in constant skirmishes with rebels. Soldiers on the battlefield are augmented with nanomachines that not only enhance their performance, but also make it easy for them to be monitored and tracked by the artificial intelligence network that oversees everything. Unmanned bipedal robots with organic legs stalk the battlefields and strike fear into soldiers by mooing like cows before wreaking havoc. Weapons are monitored and controlled by ID tags that ensure they don’t’ fall into the wrong hands. It is a very different gameworld but fortunately Snake also has some new technology to help him out.

First up is his OctoCamo which allows him to blend in better with his environments. By simply standing close to something the suite automatically replicates the texture. This is a far cry from the constant camouflaging that was required in Metal Gear Solid 3 and a natural evolution of Snake’s sneaking suite. Snake also wears the “Solid Eye” device which is basically an electronic eye patch that highlights enemies and items on the battlefield. It also shows a basic radar for keeping track of moving objects in your surroundings and has night vision as well as binocular functions. Finally there is the Metal Gar Mk. II robot that tags along and can be used to scout ahead in dangerous situations. When you are not controlling it the robot uses stealth cammo to stay out of the way until needed.

The first thing you’ll notice about MGS4 is that it now uses a 3rd person over the shoulder camera view for the action. This is very useful because while sneaking around still plays a big role, the scale of your surroundings is now much larger than in previous installments One chapter might see you making your way through a Middle Eastern war-zone while the next takes place in a South American jungle or Eastern European city. You even get to revisit one of Snake’s old locations which will really get the nostalgia going. The five acts that make up the game are very varied and delights in throwing you into new situations just when you think you have a grip on things. It is also made up of some very memorable moments which no fans of the series will want to miss. The game makes it very clear that this is Snake’s final mission and pulls out all the stops to tie up every single loose end and plot thread, which considering the history of the series is no mean feat. You know you are in for a hell of a ride when even minor comic relief characters such as Johnny Sasaki shines. The game continually breaks the fourth wall which might be out of place or annoying in lesser titles but definitely works in MGS4.

The game definitely has a much more action oriented slant with several on rails vehicle sections. You can also pick up a multitude of weapons on the battlefield, which can then be laundered by a shady merchant called Drebin. Apart from unlocking the weapon IDs for you he will also purchase any excess guns and can be called upon at any time to restock on ammunition. You can even purchase parts to customize your weapons. This means that there is less emphasis on sneaking and crawling around in the dirt, but don’t think you can just approach it as a pure shooter either. While it might be possible on the lower difficulty settings the run and gun approach will quickly get you killed if you try it on higher settings. The controls can initially feel a bit unwieldy due the large amount of commands available, but it soon becomes second nature.

An interesting new addition is your psyche meter which can be influenced by factors such as stress, the environments and battlefield conditions. Snake’s aging is not just as cosmetic addition and can actually cause him to run into problems. While his suite and nano machines enhance his abilities, his body is deteriorating at a rapid rate and it is often painful to watch the torment that he has to endure. Jumping around too much can cause him back problems at the worst possible time and as the game progresses things just get worse.

A staple of the series is epic and memorable boss battles and MGS4 is no exception. While I think that the original game still had the best bad guys that have ever graced a video game, the new “Beauty & the Beast” squad that you will face in MGS4 are also very good. None of the boss fights are straightforward and factors such as the weather and wind can play a role. The series has always mixed the probable with the improbable and the realistic with the downright bizarre but this game actually goes a long way towards explaining some of the more supernatural elements. There are still some very strange things happening, but the game masterfully ties together virtually every single plot thread from the series.

Another series staple is the long cut-scenes and Metal Gear Solid 4 really goes to town with these. Hideo Kojima has an epic tale to tell and he doesn’t care if it takes a 30 minute cut-scene every few minutes to do so. Mercifully, you can pause these cut-scenes so watching them is no longer the bladder bursting excursion that it used to be. Cut-scenes can also be skipped, which is very handy for subsequent playthroughs. There are also some interactive elements as you can sometimes press a button to view things from Snake’s viewpoint or press “X” to trigger brief flashbacks. Sometimes the story elements are even mixed in with the action elements. When this happens the screen is split in half and while you are busy battling Gecko’s an action packed fight featuring another character is happening right next to you.

The audio in the game is superb and features the usual assortment of high quality voice acting. You’ll run into almost the entire cast of living Metal Gear Solid characters at some point and hearing some of their voices again is great. The music is just as epic and features tracks from virtually all of the previous games. You even have an in-game IPod which you can use to listen to songs that can be found scattered around the levels. The visuals are great with only some dodgy hair rendering spoiling the excellent character models. The attention to detail on all the characters is superb and most of the environments are great as well. The animations are perhaps not as smooth as I would have liked, but this doesn’t’ detract from the experience.

Since this is a Metal Gear Solid game, it is obviously not going to appeal to everyone. The series is renowned for polarizing players and it is once again a case of you either love it or hate it. The way how the story gradually overwhelms the gameplay as you progress is about the only personal complaint I have, apart from the lengthy and mandatory installations before each act but I can understand why some people cannot get into the series. The enemy AI is not the best I’ve seen and the pacing can feel a bit off in certain acts. The Dwarf Gekko enemies are also a pain in the behind and feels cartoonishly out of place in the game. Lastly the way woman are portrayed in the game can leave a bad taste and undermines some of the more dramatic moments. If you have never played a Metal Gear Solid Game before this might not be the best one to start with either as it contains so many references and flashbacks not to mention story elements that will make very little sense to new players.

While not perfect, Metal Gear Solid 4 is a very good experience. It doesn’t always get the balance between watching and playing right, but I walked away from the game feeling very satisfied about how things turned out. It is an excellent showcase for the power of the Playstation 3 and a fitting ending to the long and illustrious career of Solid Snake. 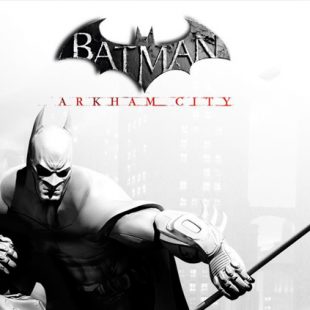 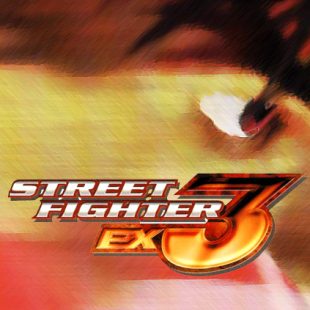 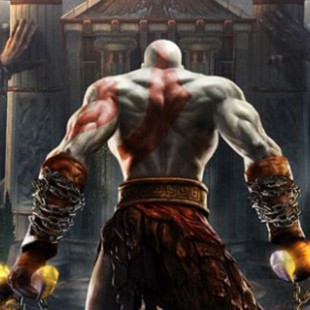