While the lead character, Conner, is not quite as charismatic or interesting as his predecessor, Ezio, the game is definitely not lacking in ambition. While it is the largest entry in the series to date, it can get bogged down in all kinds of menial tasks. The story is interesting and Desmond finally has his chance to shine but the story feels overly scripted with little of the freedom that the series was based on.

Gameplay: Large and varied but less focussed than previous installments.

Graphics: Beautiful in places but the setting is rather drab.

Ratonhnake:ton (known as Connor to his friends) had some pretty big boots to fill. While he has his ancestors, Altair ibn-La’Ahad and Ezio Auditore da Firenze beat in the tongue twisting names department, there is unfortunately more to being an assassin than that. With a tragic backstory in place and a large chunk of colonial America in which to leave his mark, Connor certainly can’t be faulted for trying.

Assassin’s Creed III is a bit of an oddity in this day and age of eight hour triple A titles. By the ten hour mark you’ve barely begun to see what the game has to offer and while some might accuse it of being slow, it is refreshing to play a game that isn’t afraid to take its time. Of course, if you somehow managed to miss out on the first four titles in the series you have some serious catching up to do in order to appreciate what is happening in Assassins’ Creed III.

The game does its best to catch you up on the adventures of Desmond Miles, who through a device known as the Animus is able to relive the memories of his ancestors. This is rather convenient as the world is in peril and Connor, the half English; half Mohawk ancestor of Desmond holds the key to solving the whole mess. This means that you will be reliving the life of Connor along with Desmond and witness his struggles against the Templers who are trying to gain control of the fledgling American nation.

I had my doubts about Assassins’ Creed III as the trailers made the game seem rather jingoistic. The game is set in the 18th century and Connor will witness pivotal moments in Boston and New York while also taking time out to explore the American frontier. The game is a direct sequel to Revelations but thankfully discards some of the less well received additions such as the tower defense missions. Fear not as AC3 comes with more new features than you can shake a tomahawk at.

First up is the addition of new weather effects. Snow, rain and fog might not sound like much but it can make a drastic difference to the landscape and your tactics.

Enemies might not spot you as easily in dense fog and you can now dramatically pose on top of weathervanes in the midst of raging thunderstorms. Seasons also change with the snow in winter making it harder to traverse the terrain. Next up is the animals, both domestic and wild, which now inhabit the game world. It is something that I didn’t really miss in the previous games but now that I have seen it, it will be hard to imagine a gameworld without them. The streets are crowded with dogs, cats, rats and pigs while the frontier is home to raccoons, deer, elk, bears, wolves, cougars, rabbits and more. Domestic animals are just there for some visual ambience but the wild variety can be brutally killed and then skinned for crafting materials and cash.

Connor’s story involves him being trained by a retired assassin and rubbing shoulders with famous historical figures such as George Washington, Charles Lee and Paul Revere but to be honest I didn’t find it very gripping. This is partly due to the fact that Connor, despite his interesting heritage, is quite a bland and boring character (it is clear to see where Desmond got his personality from) and partly due to me not being much of an American history fan. Fortunately the game is not half as jingoistic as the trailers made it out to be and Connor soon realizes that neither side is blameless in the conflict. While the game isn’t throwing historical figures and events at you in an effort to impress you, you can take some time out to do your own thing and this is where I had the most fun.

Connor settles at a homestead early in the game which then allows you to expand and set up your very own trade empire. You can entice 18th century craftsmen to your homestead and then exploit their skills to craft new items and make a profit. Of course, this also means that you have to solve all their problems and requests in a large variety of sub-missions but these make a nice break from the main story. Recruiting new members for the Brotherhood also makes a return but you thankfully don’t have to a visit a pigeon coup every time you want to send them out on missions. You can also call on them in battle and they now have new skills such as acting as bodyguard or escorts. Then there are the naval missions which is one of the highlights in the game. Connor gets to captain the Aquila which allows you to act out all your pirate fantasies. Undertaking privateer missions in the Caribbean and Eastern Seaboard is not very stealthy but it is a lot of fun. Downing enemy ships with swivel guns or broadsides while contending with wind, waves and rocks is a blast. I actually found myself completing all the naval missions while longing for more.

Apart from a few mini-games there is also the usual assortment of collectible stuff scattered all over the maps. Feathers, pages, treasure chests and trinkets are all available for the obsessive compulsive to hunt down and collect. Since colonial America consisted of lots of trees and some unremarkable buildings, this makes climbing about finding the stuff a little less interesting. The architecture is really boring compared to previous games although the size and scope of the frontier is pretty impressive. A lot of the extra stuff feels a bit tacked on though. Sending out convoys for trading earns you cash but there is a lack of things to blow your money on. You can spend cash to upgrade your ship, which makes it more effective in killing pirates so you can open new shipping routes and earn more cash. The same goes for the animal hunting. There is such an abundance of wildlife that tracking them is rather pointless. Instead of pressing “B” next to a clue to analyze the area and indicate where the animal is, you can simply stab or shoot one of the myriad of creatures roaming about. The skins and other parts can then be sold or used for crafting which as you probably have guessed, earns you more cash.

There are also some forts dotted about for you to liberate from the redcoats and while doing so serves no purpose other than lowering the tax so you can make more money trading, the experience is worth it. In contrast to the heavily scripted and fairly linear main missions, these fort missions simply task you with infiltrating and then killing the commander. There is no hand holding or overuse of cut-scenes so you are free to actually be an assassin which believe it or not is actually rare in this game. I had a blast sneaking around using the new ground cover and using the rope dart as well as trap gadgets.

While Ubisoft has added a bunch of new features, most of the old problems remain. Having the running and climbing binded to the same button often results in Conner repeatedly trying to climb a wall when all you want him to do is chase the fleeing enemy. Instead you have to release all buttons and then slowly walk him around the object blocking his path to prevent him from going into a fit. Artificial intelligence is also lacking with enemies coming at you in hordes where you can easily dispatch them with the usual block, counter, kill technique. Horses make a return but are such a pain I almost wish they could be used for crafting. I would certainly have put a few of these dumb beasts out of their misery. If they are not getting stuck behind every rock or blade of grass they tend to do weird things such as follow you into enemy forts where you are sneaking around. It was quite funny to see my character stealthily sneaking through the bushes with his horse blundering after him. Fortunately, the dimwitted enemies did not find anything strange about this whole charade and I could still dispatch them with ease even with a horse getting in-between everything. You can no longer hire mercenaries or henchmen or upgrade your armor but Connor’s regenerating health means this isn’t necessary.

Assassin’s Creed III is large and ambitious so I had a lot of fun with it despite all the flaws. It is also the game in the series that I spent the most time with which has to count for something. After more than fifty hours of playing I still had things left to do so value for money is definitely not an issue. It is ironic that a game that offers so much freedom has missions that are so linear. Some kills even happen as cut-scenes which is a bit of a slap in the face considering Connor’s profession. The series is exhibiting some signs of feature creep so hopefully future installments will focus on refining what is already on offer instead of tacking on more useless bits.  At the rate that Ubisoft is cranking out the titles I doubt it will be long before we get to find out. 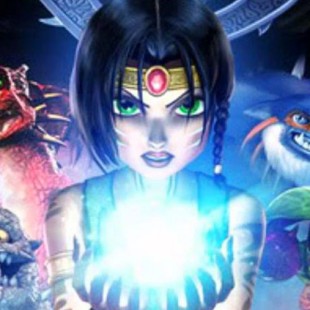 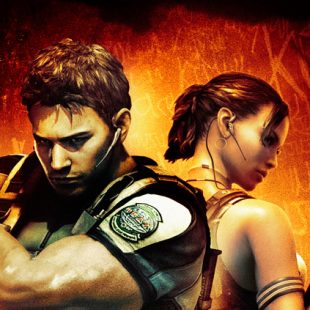 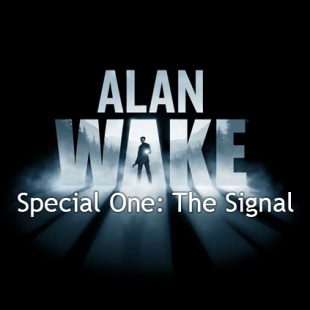