The original Portal was an undeniable triumph and not only launched hundreds of internet memes related to cakes and cubes, but also introduced one of the most memorable antagonists in recent years. The style and humour was perfect, the gameplay was a breath of fresh air and its success was well deserved. It also made a sequel inevitable and that’s some pretty big boots to fill.

Portal 2 opens with Chell, the mute lead from the original game, being woken for some mandatory cognitive tests before being put back to sleep. Her next awakening is a bit more abrupt and reveals that she’s been under for quite a few years! Luckily help is at hand in the form of Wheatley, a bumbling personality core which due to his ineptitude may have been responsible for the death of thousands of other tests subjects. Wheately guides Chell through the ruins of the Aperture Science Enrichment Center in a desperate attempt to get to an escape pod. Along the way Chell gets her hands on the handheld portal device that aided in her survival and escape the last time round. Unfortunately her old nemesis GLaDOS might still be alive.

One of the best parts of the game is the brilliant storyline and while most people can guess what happens next it would be criminal to reveal any more details. The game contains much more story elements than its predecessor and fans of the series will love every bit of it. Instead of just adding more of the same Valve has gone the extra mile and added a lot of new features and elements without sacrificing anything in the process. Portal is an undisputed classic, but its short length kept things from becoming stale and left players drooling for more. With the expanded size that easily doubles that of the original game Portal 2 faces a much bigger challenge.

The portal mechanic where players can travel between two portals no matter how far apart they are was a stroke of genius when it was first revealed but has since been imitated. Valve has found a way to keep it integral to the gameplay, but supplemented it with a host of brand new mechanics. “Light Bridges” allow you to create bridges or defensive barriers depending on how you use them while redirection cubes allow you to play around with laser beams. “Aerial Faith Plates” are basically just springboards, but can be combined in brilliant ways with other elements.

Last but certainly not the least are the gels. These gooey substances flow from pipes and splatter over surfaces, making them look like brightly coloured paint. Orange propulsion gel can give you a big speed boost while blue repulsion gel will allow you to bounce higher. Then there’s white conversion gel that can turn almost any surface into a portal enabled one. The last one is especially handy as there is now a lot less surfaces that you can use the portal gun on directly which means players have to use what they have so much more creatively.

Environments, especially in the middle part of the game, are also much larger which can make the puzzles seem a lot more daunting. I can honestly say that each of the puzzles had me grinning in delight when all the elements finally clicked into place and not once did I curse the game because things were too obscure. Yes, there’s a lot more to keep track of but each element is gradually introduced and you are given plenty of time to get to grips with them before something new comes along. The portal gun still works like it always does, but you can now see exactly where the portals you created are, even through walls which makes it easier to keep track of things.

One of the reasons Portal is so legendary is GLaDOS the homicidal A.I brilliantly voiced by Ellen McClain. While she is back and better than ever it is a testament to Valves creative genius that she faces some stiff competition from two brand new characters. Wheatley comes out of nowhere and steals the show when it comes to personality which is no mean feat considering he’s just a metal sphere with a British accent. Practically everything he uttered made me laugh out loud and the conversations between him and GLaDOS is side splittingly funny. The second new character “Cave Johnson” is the slightly unhinged founder of Aperture Labs and while long gone his darkly humorous recordings still echo in the condemned remains of the original facility deep in the bowls of the large complex. Overall the voice acting is of an incredibly high standard and I wish more developers would learn from Valve when it comes to creating believable characters with voices that fit them. The lead character, Chell, still refuses to utter a word, but with all the madness that surround her who can blame her?

The original Portal was pretty undemanding when it came to visuals, but the clinically clean test environments fit the game perfectly. Portal 2 still runs on the Source engine which might not be as cutting edge as the Unreal Engine but looks like it still has some life left in it. There’s some impressive environmental destruction in places and plenty of eye candy in the form of water and light reflections. The new gels also provide an interesting visual spectacle. The stark contrast between the test chambers and dilapidated “back stage” areas are cool to witness as is the actual “building” of said chambers. The perfect pacing between solving puzzles and “exploring” new environments as the story unravels is a definite highlight. While the visuals do not look quite as sharp as they do on a good PC they are still good. Playing with the Xbox360 gamepad felt a bit unnatural at first since but I soon got used to it and it never became a problem for any of the puzzles.

If the expanded single player mode wasn’t enough the game also has a nice co-op multiplayer mode now. Taking control of two new test robots players can tackle brand new puzzles together. The multi-player section is an absolute blast and can be played either online or in split-screen mode. With a large enough screen the split-screen mode is a lot of fun and will keep you playing for quite a while. Even better is that it still has story elements so you will be uncovering new information while playing. Hearing GLaDOS trying to turn you against your co-op partner with her comments is absolutely brilliant. The game also has an excellent set of achievements that will keep you coming back for more.

With Portal 2 Valve has pulled off the seemingly impossible. The game is a improvement over the original in almost every conceivable way. Some of the challenges may feel easier now for players that played the original to death, but the learning curve is spot on. The only question is how on earth Valve is ever going to top this. If you have never played the original game before you should (a) not have read this review and (b) rush out and buy it immediately. After playing it Portal 2 should be your next purchase. Trust me, you won’t regret it. 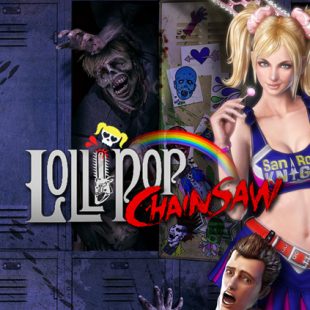 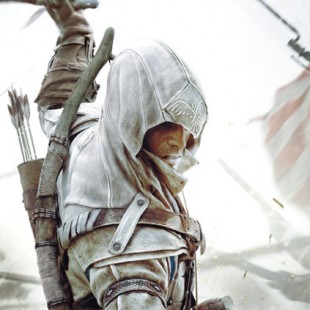 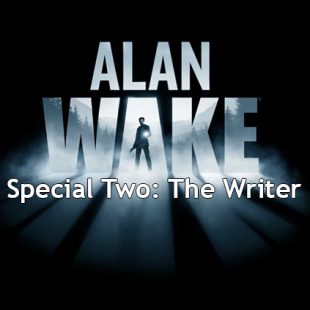 While it doesn't wrap things up neatly, "The Writer" offers us another chance to experience the twisted world of Alan Wake. As far as DLC goes, this one has enough content to make it worthwhile, but don't expect too many answers. Gameplay: A little less combat, but that's not a bad thing. Graphics: Same engine obviously, but the twisted locations are great. Sound: Solid as ever.