After creating such classics as Wolfenstein 3D, Doom and Doom 2 the world was anxious to see what ID Software would come up with next. The answer of course was Quake. Trading in the “2.5D” graphics of its peers in favour of full polygonal 3D, ID once again raised the bar for the genre.

Quake has a storyline but it seems like it was added almost as an afterthought and if it wasn’t for a few lines in the manual you would never have guessed it from playing the game. Apparently the military has experimented with teleportation technology and opened up slipgates to places they probably shouldn’t have. Some evil entity codenamed “Quake” promptly sent his own minions into our dimension and you are left as the last survivor of the over-run military base. Gun in hand, you enter the slipgate for some payback.

Just like the story the gameplay is also very reminiscent of Doom and feature four “Episodes” that can be completed in any order. The first episode was generously released as Shareware. The levels themselves are an interesting mix of medieval, Gothic and sci-fi inspired themes with some trademark ID pentagrams and other evil imagery thrown in as well. The 3D levels make for slightly trickier navigation as paths can stretch over, underneath and around each other. The complete lack of a map doesn’t make things any easier either. Levels do feel somewhat on the short side and the enemies, while menacing, never attack in the overwhelming hordes  Doom could throw at you. A limitation of the new technology perhaps?

Speaking of enemies, they looked a bit generic to me, but some like the Shambler and thing that jumps out at you still has the ability to frighten the daylights out of you if you don’t see them coming. The whole game has a very “Lovecraft” look and feel to it and the designers acknowledge this with the names of certain levels and monsters. Your means of fighting back consist of a big bloody axe, shotgun, nail-gun and rocket launcher. The ultimate weapon this time is a thunderbolt launching device that can make short work of any foe, but ammo for it is rather scarce and using it in water is fatal.

While the single player mode is good and can be played in co-op it’s no secret that the reason behind Quakes success is the online multi-player. One of the first titles in the genre that was as playable over the internet as it was across a LAN, Quake made its mark in the online arena and Quake deathmatches took over a lot of peoples lives. The Quake engine is also highly modifiable and this has resulted in over 1000 user made maps being freely available on the internet. The amount of custom modes and conversions also defies belief.

Quake was originally released in 1996 and while revolutionary for its time the graphics now look extremely brown and dated. The game was made available for download on Steam in 2007 giving players the winQuake port and the OpenGL version The OpenGL version improved things with higher resolutions and texture filtering, but for the ultimate Quake experience it’s recommended a custom engine like “Darkplaces” is used. These are available online and can update the visuals to levels that even modern gamers can appreciate. Of course there’s nothing preventing you from enjoying Quake in its native resolution if you feel like a retro experience. Included in the Steam version is also Quakeworld which will allow you to take on opponents in the online arenas with minimum configuration fuss.

Quakes soundtrack was composed by Trent Reznor of NIN fame, but because it was in the redbook audio format is not available with the downloadable versions. The good news is that it is easy to find online can be extracted to your Quake folder to restore everything to their former glory. The mouse controls that was so revolutionary in their time is an industry standard nowadays, so there’s not much to say about them.

Quake is an iconic title and a classic in its genre, but don’t be fooled that it’s just a museum piece now. Its still every bit as playable as it was all those years ago and kept me entertained from start to finish. 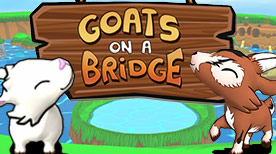