Despite not being a new release Jets’n’Guns Gold is still able to go toe to toe with newer titles. The action is relentless and the sheer amount of enemies and levels is quite amazing considering the low price tag. This is not an easy game, but persevere and it will have you hooked for hours.

Sound: Energetic soundtrack with plenty of sound effects to back up the action

Jets’n’Guns Gold is a side scrolling shooter that was first released way back in 2006. Somehow, despite being a huge shooter fan I was completely unaware of this title until it popped up on Steam. The game passed through the Steam Greenlight system so clearly it has fans, but will it appeal to new players?

The answer, incidentally, is a resounding yes. Jets’n’Guns Gold is one of the most chaotic and entertaining shooters that I have played recently and despite its age holds up remarkably well. I thought I was prepared for this game after a youth spent feeding money into Toaplan and Irem arcade cabinets, but right from the start Jets’n’Guns proved to be a challenge.

The plot is explained via some comic book panels between missions and involves gangs of criminals, a kidnapped scientist, evil dictator and doomsday weapon. It’s a pretty flimsy excuse for all the bizarre things that occur, but then again the game doesn’t take itself very seriously and the humor is very tongue in the cheek.

I’m used to shooters only have a dozen or so levels, but Jets’n’Guns Gold comes with a whopping 43 campaign stages. This is pretty impressive and thanks to the 270 different types of enemies you won’t have to blast the same things over and over again either. Prepare to face aliens, pirates, zombies, flying coffins, clockwork mice and even beer as you blast your way through hordes of enemies. There is also an impressive array of bosses waiting for you, but fortunately you don’t die from a single hit and can retry levels as many times as you want.

Even with the infinite lives and checkpoints Jets’n’Guns Gold is not an easy game. Enemies come at you from all directions and most of them take quite a few hits before they go down in flames.  If you are used to sticking to the left side of the screen for protection you are in for a shock when playing this game as enemies are just as fond of coming at you from behind. You have 70 different weapons and 20 special devices to choose from so your ship is far from defenseless, but you’ll have to buy these using the cash earned during levels.

You can bolt weapons to the front and rear of your ship and then upgrade them as well if you have enough cash. With so many different weapons to choose from, there is quite a few customization options. You’ll have to keep in mind that weapons can overheat if you fire continuously so upgrading the cooling system is just as important. The special devices include a bounty hunter license, which rewards you with more cash for killing highlighted enemies, the ability to swap between different weapon profiles mid level, a hacking device and the usual assortment of shields and armor regeneration powers. The nice thing about the shop is that you can sell back weapons or items for their full value which allows you to experiment with different combinations without fear of losing all your cash.

Levels can take place in space or over land so having missiles and bombs equipped can help a lot. I really liked how shooting down aerial enemies can cause them to come crashing down into ground targets and the game even allows you to splatter little enemy soldiers with your weapons. Before each level you are given some genuinely useful tips such as a warning that the upcoming end of level boss will suck if you don’t have a backwards firing weapon equipped. The game also likes to shake things up by sticking you in a rusty ship and asking you to race through gates on one level or taking away your ship and leaving you with just a jetpack and gun on another level.

The visuals were originally 800×600, but even when stretched to a higher resolution still look pretty good.  The crazy assortment of enemies and levels also keep things fresh, but don’t expect to finish this game in one sitting. The soundtrack is fittingly energetic and features some nice tunes by Machinae Supremacy. Rake in Grass added some tough as nails achievements and a nice selection of Steam trading cards, although the game is still a single player only experience.

Jets’n’Guns Gold offers a ridiculous amount of content considering the low price tag so if you are a shooter fan that has never heard of this game before you owe it to yourself to check it out. The visuals are not cutting edge and some levels can be extremely frustrating, but this is a game with a lot of heart and plenty of action. Hopefully the game attains enough success on Steam to set things in motion for a sequel at some point. 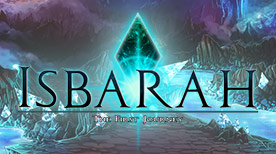