Time Tenshi is a short and simple visual novel featuring time travel. Unfortunately, the whole time-traveling aspect of the game is simply a convenient excuse for the ecchi effects it has on the women make use of the technology. This would have been fine for a nukige title, but for all its fetish content Time Tenshi is a very tame game with no sex or nudity. Unfortunately, this middle of the road approach means it is unlikely to really appeal to anyone especially with so many other options available.

Gameplay: Very short and only features one meaningful choice right at the end.

Graphics: The visuals have a very low budget look to them.

Sound: No voice acting and the music isn’t very memorable or catchy

Fans of visual novels, especially the ones that are on the ecchi side of the spectrum will know that enjoying them usually requires players to suspend their disbelief. This is very true for Time Tenshi, a visual novel by Silver Cow Studio that somehow manages to combine time travel with large breasts. The protagonist is Kenji Johnson, a young man who loses both his parents in a fire at his house just before his 18th birthday. Fortunately, his reclusive grandfather takes him in and Kenji discovers that not only does the old man have his own secret research lab, but has built a time travel device. Kenji is also introduced to the three beautiful women employed by his grandfather who also happens to be geniuses.

Time Tenshi follows Kenji as he settles in and learns more about Rose, Kyo, and Michelle, the “Time Angels” who work for his grandfather. It would seem that they are only interested in studying history without interfering in any way. Unfortunately, there is a couple of other women from a rival company using stolen time travel technology who have no such qualms. All in all, it’s not such a bad premise for a visual novel, but apart from a few mildly interesting twists, the story doesn’t really go anywhere. Instead, we get to watch Kenji spend most of his time staring at the breasts of women while telling them how much he respects them.

The game also establishes its own rules about time travel, which is very different from anything we’ve seen or heard before. First up is the fact that anyone going through a time window will be invisible, but still able to interact with their surroundings. However, more importantly, time travel has a very strange effect on women as it causes their breasts to grow to massive proportions. Their breasts continue to grow the longer they stay in a different time period, but are reduced upon returning. Unfortunately, during the return trip, their brains become a bit addled, which results in them arriving pretty much drunk and horny. Finally, for some vaguely explained reason, they all don skimpy fetish outfits such as maid costumes or bunny girl suits when time traveling.

It’s not the strangest concept we’ve ever heard of for a nukige game, but since Kenji respects women so much nothing ever happens. Apart from the girls throwing themselves at Kenji and getting him to grope them the game doesn’t feature any sex or nudity. Normally this would be rectified with a patch available outside of Steam to restore cut or censored content, but in the case of Time Tenshi, this type of content simply does not exist. Unfortunately, this means that players looking for sexual content will find the game disappointing while players purely interested in the story will find the half baked sexual elements annoying.

The game is also not helped by the fact that Kenji is such a bland and uninteresting protagonist who simply sits back and watches as everything happens to him. In fact, the game only presents players with two choices and only one of these determines whether the ending is good or bad. It is also an extremely short game, so just when it feels like something interesting is going to happen the credits begin to roll.

Like many other visual novels, Time Tenshi runs on the Ren’Py engine. It features the usual static backgrounds and cardboard cut-out character sprites. At least the girls have a few different expressions and change their outfits a few times in the game too. Unfortunately, while there are quite a few CGs with the girls in suggestive poses and outfits these were clearly done by a different artist than whoever did the sprites. Not only do the styles differ noticeably, but the quality is also a lot worse. There’s not a lot to say about the audio either as the sound effects are all rather generic and none of the music tracks are very memorable. Also, the game is devoid of any type of voice acting.

In the end, there is very little reason to recommend Time Tenshi, especially as there are so many other visual novels that not only look better but have more interesting stories too. Players interested in the fetish content of Time Tenshi will also find that there are better options available elsewhere. Overall, the game could be good for a laugh or two if you can find it at a big discount, but otherwise, it’s not really worth the effort. 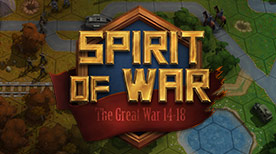