Kraven Manor started off as a pitch in a Game Design class at the Guildhall at Southern Methodist University in Dallas, Texas.

The game began to receive attention due to the team releasing a free alpha version of the game for testing purposes in June 2013. After a few weeks in the open, the indie horror community began to churn out thousands of Let’s Play videos on Youtube. The most watched Youtube channel of 2013, Pewdiepie gave our alpha build of the game the title of “Best Free Horror Game”.

At this point, the team decided that they could add more content to the game and self-publish. In late February, the team posted Kraven Manor to Steam Greenlight. In just over one month, the game received enough votes to be greenlit for distribution by Valve.

What was the inspiration behind the dynamic layout of the manor?

The major inspiration was a board game called Betrayal at House on the Hill.  That game features a haunted house with a structure that’s defined as the game plays out.  Earlier iterations of the game played with different styles of dynamic layout, but the concept was always part of the design in one form or another. We definitely wanted to sell the emotion that players are the architects of their mansion, and in a larger way, their horror experience.

The game also took inspiration from Alfred Hitchcock, Resident Evil, and the movie Cube. Chicago serial killer H. H. Holmes was an early inspiration for our antagonist, who actually had a creepy murder hotel. The game went through several stages of iteration, from multiple antagonists, to randomized experiences with new manor layouts each playthrough, to the final design of players constructing the layout of manor themselves.

How hard was creating the creepy atmosphere of the game?

Partway through development, Keep It Scary became our cornerstone value and mantra.  Whenever a conflict or decision needed to be made, we would refer to whichever option would help us create that mood.  While the talent of our tiny art team is owed a huge credit in developing the atmosphere in Kraven, the whole team contributed to the mood, pacing, mechanics and design.  So yeah, it was a lot of long hours, but the team effort made it easier.

Can you tell us more about the design and motivation of the antagonist you face in the game?

The statue was originally concepted as a single big sculpted granite piece.  Our final iteration was in part inspired by an image of a creepy metal clockwork mannequin.  The final piecemeal design came in part from the idea that the statue was not sculpted at all, but bronzed and assembled.

The idea for our statue’s behavior was born out of the sum of our favorite horror tropes. We wanted an antagonist that only moved out of sight to really step up the creep factor. Just when you feel that you are getting used to its behavior, it will do something unexpected. Depending on how players view the story, it could be said that the statue’s motivation may not be its own. Does it have an agenda, or is it being controlled? I like to think the latter.

Ben: I think we succeeded with the backstory. We intentionally left the story shrouded in a little mystery to give players a chance to fill in some of the missing pieces themselves. We are big believers in the idea that people will make up far scarier stuff in their own heads than we could ever deliver in game.

Dustin:  I loved the library book puzzle.  It was a simple idea but tense, and really gave the statue a chance to stretch its legs, so to speak.  It was the part that could cause players to pause the game just to de-stress for a moment.

Would you have changed anything about Kraven Manor if time and money wasn’t an issue?

We would have loved to make the game longer. There are many features that we wanted to put into the game, but we ended up cutting for scope. These included random room generation, more antagonists, and more rooms.

If we were ever to do a sequel, we would be interested in revisiting what we had to cut from the original. It would be great to play with the manor-building mechanic and stretch that out into full-blown puzzles. It would also be interesting to get up close and personal with Lord Kraven himself. We get a glimpse of his motivations in Kraven Manor, and the developers know his story, but it would be fun to really flesh that out for the fans. It would also be great to visit Doubtful Pass.

What are the future plans for Kraven Manor / Demon Wagon Studios?

For now, we’re fixing bugs and trying to release on more platforms. We are interested in doing more, but we’re mostly all in the industry now at different developers.  We’d love to have the team together again, but have no official plans at this time.

Dustin: A lot, all learned through trial and error.  For me, I’d most highly recommend keeping your scope modest, making a schedule, and leave a lot of time for testing, polish, and new ideas that come from the testers since your perspective will begin to skew.  Keep your builds as playable as possible, as often as possible.

Ben: Start with an idea. Iterate, iterate, iterate until you have your kernel of fun. Once you have that, keep the quality bar high by 1) keeping an appropriate scope like Dustin mentioned and by 2) making sure that all of your content supports that single kernel of fun in some capacity.

We’d just like to thank our testers and players – we also owe a lot to the YouTube Let’s Play community, and have had a great time watching our players’ reactions.

Don’t forget to check us out on Steam!

A thank you to everyone at Demon Wagon Studios for taking the time to answer our questions. We want to wish them all the best of luck and hope to see a return to the manor one day. You can check out our review for Kraven Manor HERE and use the widget below to purchase your own copy on Steam. 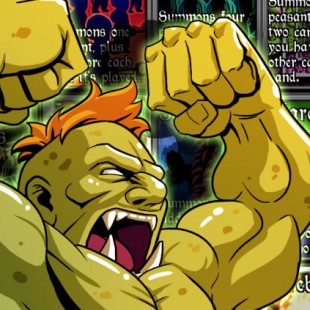 Trouble With Robots from Art Castle kept us glued to our Android devices with its addictive blend of strategy, humor and collectible trading cards, so we had to find out more from the lead developer, Ed Mandy. Our subtle attempts at discovering his deck secrets might have failed, but he did have some very interesting insights about the game. 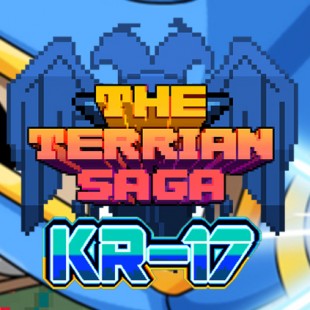 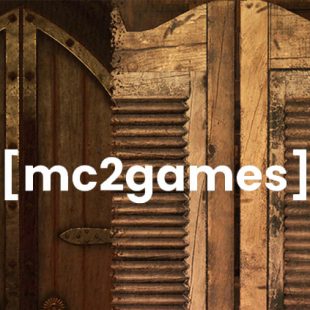